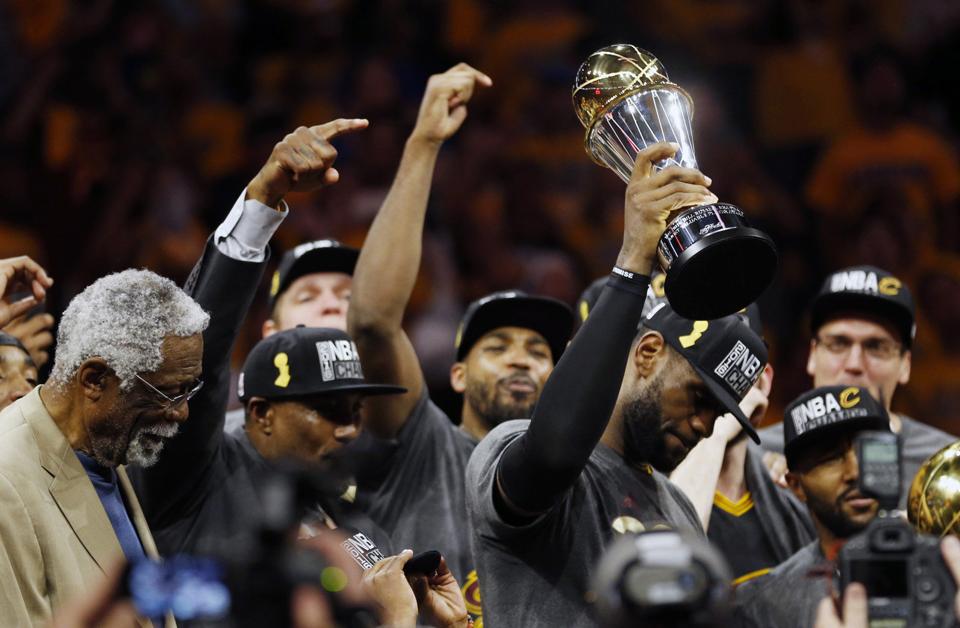 Cleveland Cavaliers became the first team to overturn a 3-1 deficit in the best-of-seven NBA finals as they beat Golden State Warriors.

A LeBron James-inspired Cavaliers won the deciding game 93-89 to complete their comeback against the defending champions, who had won a record 73 games out of 82 in the regular season.

“I gave it everything I had,” he said.

Kyrie Irving scored 26 points for the Cavaliers, including a three-pointer with 52 seconds remaining when the scores were locked at 89-89.

Cleveland’s historic comeback was completed against the best regular season team in history.

Led by Steph Curry, the Warriors had set a new record by winning 73 games, beating the mark set by Michael Jordan’s Chicago Bulls side in 1995-96.

Their last significant success was an NFL crown for Cleveland Browns in 1964.

The gap between victories represented the longest barren spell for any US city.

James was named Most Valuable Player of the finals for the third time.

Following Sunday’s victory, James, who ended his four-year spell with Miami to return to his home-town side in 2014. said: “I’ve had a goal for two years since I came back to bring a championship to the city.

“I poured my heart, my blood, my sweat and my tears into this game. This is special. To continue to be an inspiration to our city, it means everything.”

The greatest team in regular season history lost three in a row for the first time since 2013 as they relinquished their 3-1 lead.

Curry’s 17 points in the decider was, by his high standards, below par, but he said the loss could help to motivate his side next season.

“I didn’t do enough to help my team win,”‘ Curry said. “It will haunt me for a while.

“It sucked to watch them celebrate and we wish that would have been us, but you congratulate them for accomplishing what they set out to do.

“It will be a good image for us over the summer and all next season to remember so that we can come back stronger.”

Draymond Green, who scored 32 points for the Warriors, added: “I’ll probably never be over that. It will sting for a while, but it’s fuel.” (BBC)